All You Didn’t Know About Halloween and Its Origins

"Dying is a wild night and a new road." (Emily Dickinson)

The celebration of death

The Halloween celebration is fast approaching, and with it all the preparations for the spookiest night of the year, a night at which we remember those who are no longer among us. At don Quijote, we want to take this opportunity to bring you some interesting facts about the origins of this tradition and its meaning.

You can also read this blog post in Spanish.

Although it is true that Halloween is especially commemorated in the US (or in Mexico, where the festival is known as Day of the Dead and consists of honoring deceased loved ones), the fiesta has been exported to the rest of the world in recent decades and it seems that has come for good. Decorated pumpkins and skulls, the game of "trick or treat" or the costumes of witches, ghosts and zombies have become part of our collective imaginary.

However, and contrary to what many may think, Halloween wasn’t invented in the US. Read on to find out more about the history of Halloween.

No one knows what happens when we pass away, but death, as well as all the mystery around it, has always been a source of inspiration for artists of all ages and disciplines. But not only for artists, because if there is something that we all have in common, it’s precisely that the grim reaper awaits all at the end of our days.

Since time immemorial and to this day, death has been very present in the traditions and customs of many cultures and peoples around the world. In order to explain why Halloween is celebrated we must go back to the times of the Celtic communities in Ireland. Like most celebrations and traditions, this is a festival of pagan origin.

The ritual was known as Samhain ("the end of summer" in Gaelic) and it was meant to honor autumnal equinox and, which commemorated the end of the harvest, which coincided with the arrival of the Celtic New Year. However, this is not the only nor the most important reason, because what the Celts mainly pursued was to connect with the world of the dead. The belief was that the barrier that separated this world and the next one was thinner at this time of the year, maybe because nights are longer during this period. 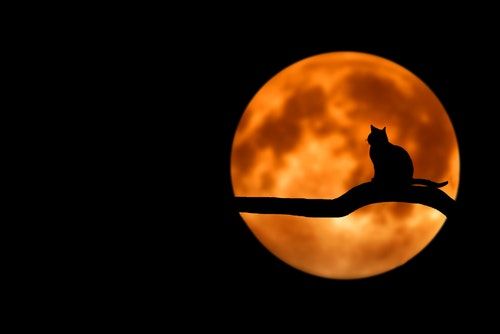 It was also believed that evil spirits came from the other world to take the living, so the Druids made bonfires and spells to ward them off. People prepared food and sweets and left it at the door of their houses to entertain them.

But with the appearance of Christianity, the tradition underwent several changes, since it was considered that this kind of ritual could attract the devil. In this way, the party was transferred to November 1 and called All Saints Day.

The party arrives in the United States

It was in the 18th century, with the first wave of Irish immigrants, when the party is exported to the United States. Although at first the celebration was persecuted by the Puritans who lived in New England, after the second wave of migration in the late nineteenth century, they managed to establish the holiday permanently.

The tradition was mixed with the beliefs of the American Indians at the time of the conquest of the West. In this way and in these years, the custom of telling scary stories, the "trick or treat", the costumes of witches and ghosts begin to be included in the rituals of celebration.

The Halloween party became one of the most important in North America. And at the end of the twentieth century, in most European countries and possibly thanks to the influence of literature, film and television, young people began to celebrate this date in the style of the States.

Thus, the holiday has been moving away from the Judeo-Christian tradition year after year, being transformed into a night event full of mystery, ghosts, zombies, witches and sense of humor. 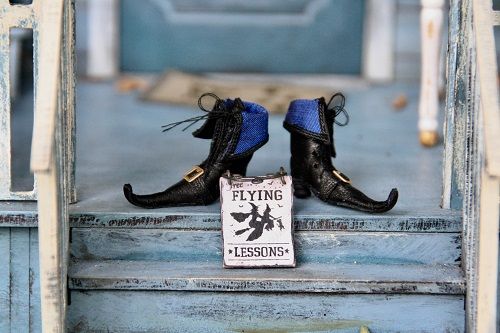