Expressions That Are a Mouthful

On the basis of our weekly endeavor to find Spanish phrases that incorporate parts of the body, like the neck and fingers, this week we will talk about phrases that use the word mouth. There is a vast abundance of Spanish sayings that use this word, thus allowing us to do something a little different this time around in hopes of helping you memorize them. Today we’re going to tell you a story.

Continue reading this little story that we have written for you in English and try to guess what the meaning of each Spanish expression is, based on context, or click here to go to the Spanish version. Okay now, pay close attention!

Once upon a time there was a clown who worked in a traveling circus. Each afternoon, before going on stage, the clown would paint a giant smile on his face to entertain the children who came to watch. Thanks to the boca a boca (mouth to mouth), there wasn’t a single child in the whole nation who hadn’t heard of the Jumper the Clown, and they were all dying to see him peform.

One special summer afternoon, a boy named Carlitos stood right in front of the circus with his friends, waiting for the show that was supposed to start at 6 o’clock sharp. But since el que tiene boca se equivoca (he who has a mouth makes mistakes), he told them the wrong time and they missed the beginning of the show.

Despite everything, when they finally took their seats and watched Jumper with his huge painted smile, they were left con la boca abierta (with their mouths wide open). The show ended up going a pedir de boca (to ask by mouth) and they went home already wanting to go back and watch it again.

Por la boca muere el pez (the fish dies through its mouth) and Carlitos asked his friends to go back with him to watch Jumper's show without considering that he no longer had any money to buy tickets. Realizing this, Carlitos was saddened, and in seeing how much the young boy wanted to return, his grandfather gave him enough to buy another ticket. 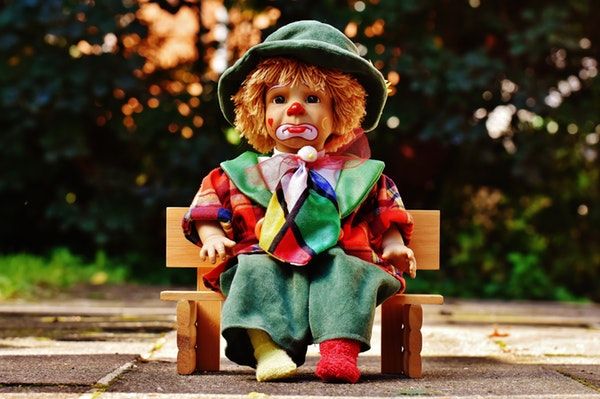 So, what do you think? Were you able to capture the meaning of each expression? Some are a little harder than others, so below we have provided meanings for each phrase:

Boca a boca: transferring of specific information from one person to another (word of mouth)
El que tiene boca se equivoca: everyone makes mistakes
Con la boca abierta: in a state of wonder (with mouth agape)
A pedir de boca: to go according to plan
Por la boca muere el pez: saying things without thinking them through
En boca cerrada no entran moscas: sometimes it's best to keep your mouth shut

We hope that you have learned some Spanish expressions using boca after having read Jumper's story. To learn more phrases pertaining to other parts of the body, we recommend that you check out our YouTube channel, where you’ll find videos like this one: