Secret Granada - Off the Beaten Path

“Every curious traveler keeps Granada in his heart, even without having visited”. That’s what William Shakespeare had to say about this enchanting city.

That vision of the famous Alhambra, majestically poised on the hill, glowing in the evening light is something we all have in our mind’s eye, having been to Granada or not. And everyone should visit this treasure, but today we are going in search of some lesser known spots. 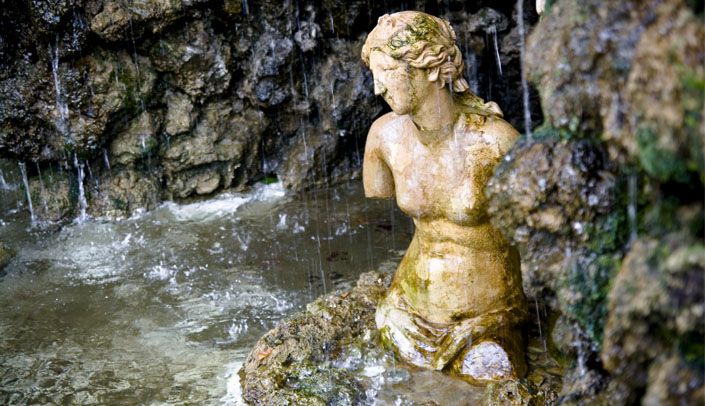 Our first one is a “secret” garden, a hidden treasure nestled in a neighboring hill near the Alhambra. A great place to take a break and cool off on a hot day. It’s called the Carmen de los Mártires, and because it’s tucked away there aren’t so many people. This two-level garden has amazing fountains and a beautiful house, open to the public. A perfect place to get away from the crowds and enjoy the tranquility. (You didn’t forget your camera, did you?)

The word Carmen is used in Granada to describe more than a garden. It’s a typical style of a granadina house, surrounded by walls around two meters high, which hide the pleasures of the garden with vegetables, trees, fountains…a paradise in the heart of the city.

For our next spot, let’s walk down the hill and along the river Darro to the Albaicín neighborhood.  Here we can look for another oft passed-by gem. It’s a convent, near the end of the street which has a sweet surprise for you. The sign on the door says “Dulces”, and they sure are a welcome pause in our search. Dulce means sweet, and these delicious, powdered sugar covered donut-like confections sure hit the spot. The intriguing part is that they are sold through a rotating door, so that the cloistered nuns who make and sell them can’t be seen by the public. 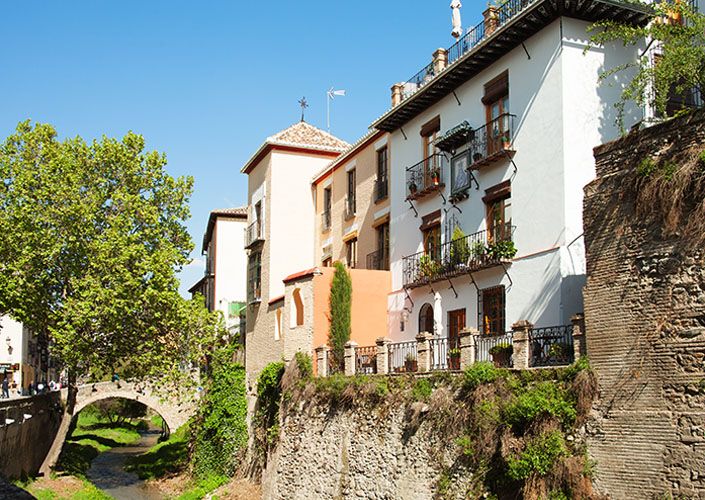 Now that we have rested and refilled a bit, it’s time to search for our next hidden spot in the Albaicín. The Carmen de la Victoria (Cuesta del Chapiz, 9), even more secret than the last.

To get in, you must ring a bell by the door. Maintained by the University of Granada, you will find a wonderful garden with a spectacular view of the Alhambra that you can take in while having something to drink at the pleasant café.

Ok, we’ve hidden ourselves away in some fabulously relaxing gardens, so now it’s time to come out into the light. Since you are in the Albaicín, the best way to take advantage of being in this UNESCO World Heritage site, is to wander around its winding cobblestone streets, and just get lost! You will come across many beautiful sights, and glimpses of the Alhambra again through the buildings clinging to the hills. As you wind your way around these charming streets, you can start asking for the Mirador de San Cristóbal, an inspiring, lesser known lookout at the Alhambra across the valley from you. 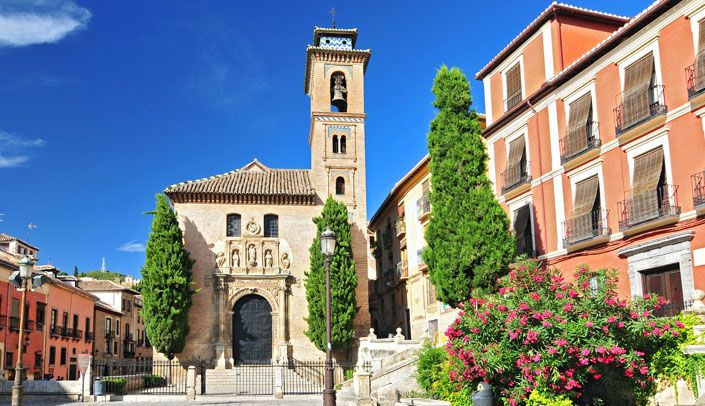 Hungry after all that walking? What isn’t a secret in Granada is that the tapas are free with your drink almost everywhere! And one of the best places for that, also a non-secret, is the area around the Plaza Nueva and Elvira Street. Your legs will be happy to know it’s downhill from the Mirador de San Cristóbal.

And as you sit in one of the bars or terraces, now bustling with people, savoring the tapas and the busy atmosphere, you’ll look back at the varied experiences you’ve had in Granada, and keep them in your heart, as Shakespeare said…with the advantage that now you have been there.