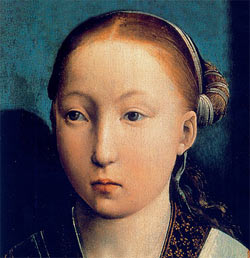 This year’s Royal wedding was proof of how much the Brits (and the rest of the world it seems!) love their royal family. But did you know that throughout the long history of Britain’s monarchy a few Spaniards have been in there too?

The British and the Spanish have not always been on friendly terms, way back in the past, but there have been moments when the two countries have been linked through royalty.

Back in the 16th century, King Henry VIII was famous for his succession of six wives, and on of them was Spanish! His first wife, Catherine of Aragon (known in Spanish as Catalina de Aragón) was in fact the daughter of the Spanish king and queen of the time, Ferdinand II and Isabella I, famous for sponsoring Columbus’ journey to America. She had also been previously married to Henry VIII’s brother, Prince Arthur, and clearly had a thing for the family! Through her marriage to Henry VIII she was Queen of England from 1509 to 1533, until the king wanted a divorce. He had fallen in love with another woman, to become his second wife, and Catherine was now too old to bear children. Despite being pregnant 6 times, only one of their children survived, Mary I, and Henry believed this to be a punishment for marrying his brother’s widow.

Mary I would also find a Spanish partner, in the form of Phillip II. His family wished for him to marry Queen Mary in order to gain a higher social status and he did just that, ruling England and Ireland alongside her until her death in 1558, when he lost his rights to the throne.

Perhaps the most unlikely Spanish monarch however was during the reign of Henry VII, the father of Henry VIII. Juan de Lepe, a sailor from the Andalusian town of Lepe, one day on his travels ended up in the court of Henry VII and somehow came to be a sort of court jester and assistant of the king. The two enjoyed playing cards and chess together and one day, thinking he had won, the king gambled the throne of England for 24 hours. Juan de Lepe accepted and won the bet, making him King of England for just one day. The Little King of England, as he was known, made the most of the occasion and made himself rich, as well as later requesting that the fact that he was King of England for a day be written on his tombstone!

So it turns out that Great Britain and Spain have an intertwining Royal history. If you want to know more about Spain’s fascinating history, why not take a Spanish and History course in Spain?