Last year, over 300,000 people followed the Way of Saint James to the northwest corner of Spain, keeping alive a tradition that dates back over a thousand years.

How would you like to spend a few weeks walking through Spanish towns and countryside? Keep reading in English or click here to switch to Spanish and learn what the Camino de Santiago is all about.

As the story goes, in the early 800s, a hermit living in the forest noticed a strange star in the sky. He decided to inform the local bishop, who followed the light of the star and found that it illuminated an ancient stone tomb containing three bodies. The bishop believed one of them to be the remains of Santiago el Mayor (James the Greater), and he quickly alerted the king. 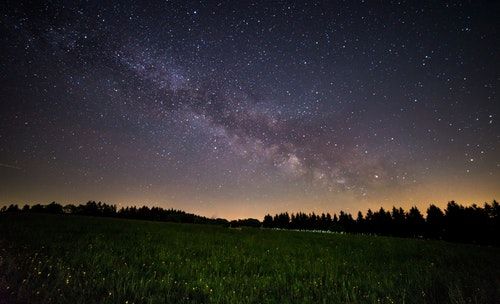 That’s how it happened that the first person to walk El Camino de Santiago was King Alfonso II of Asturias, who traveled on foot from Oviedo to see the recently discovered tomb in Campostela (campo de estrellas — field of stars). The Cathedral of Santiago de Compostela would later be built on the spot where the tomb was found.

Following in the king’s footsteps, in the Middle Ages it became common for Christians from Spain, France, and other parts of Europe to make the pilgrimage across northern Spain to visit the saint’s tomb. It’s worth noting that at this time, much of the Iberian Peninsula was under Moorish rule in Al-Andalus, and religion formed an important part of people’s identity. The golden age of the Camino lasted from the 11th to the 13th century, when common people and monarchs alike walked mile after mile toward Santiago.

Although the Camino de Santiago was born from the Christian religion, today people from around the world find themselves drawn to the idea of walking through beautiful scenery for days on end for a variety of different reasons. Whether you’re looking for spiritual clarity, an outdoor adventure, or just want to see what it’s like to be completely disconnected from the modern world, you can find what you’re seeking on the Camino.

There are several different routes to Santiago de Compostela. The most heavily transited is the French Way, followed by the Portuguese Way, and the most popular time to do the Camino is in the summer. Therefore, those who’d like to skip the crowds and the heat may want to consider walking an alternative route in the spring or fall.

When you begin your journey, make sure to get a Pilgrim Passport and have it stamped at hostels, restaurants, and churches along with way, proving how far you’ve come. You’ve got to walk at least 100 km (62 miles) or bike at least 200 km (124 miles) if you want to earn the official Compostela (if you’ve done the Camino for religious reasons) or Certificate of Welcome (for everyone else) when you reach Santiago de Compostela.

Along the trail, you’ll find lots of scallop shells and yellow arrows to help you find your way. The scallop shell, commonly found on the beaches of Galicia, has been a symbol of the Camino de Santiago for centuries. You will find it not just marking the path but also hanging from the backpacks, walking sticks, and necks of your fellow travelers, making them easy to identify. 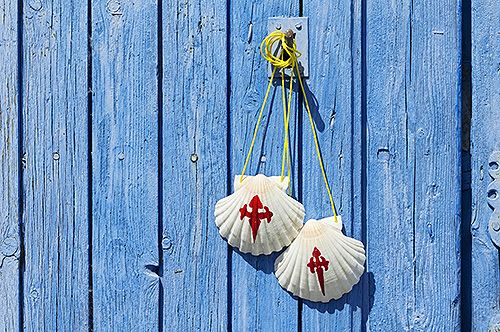 When you do the Camino de Santiago, you’ll enjoy instant camaraderie with people from Spain and all around the world. Take a Spanish course before you start your journey — that way, you’ll be able to connect more deeply with more people.