When Time is Measured in Suns

Spain and many Latin American countries are famous around the world for their sun and beaches. The mere mention of places like Valencia or Playa del Carmen is enough to send you drifting into a daydream featuring crystalline coastal waters and the warm feeling of sun on your face.

In today’s post, we’ll dig a little bit deeper into the important role the sun plays in the Spanish language. Slather on some sunscreen and step outside to read about two fun Spanish expressions. If you’d like to read this post in Spanish, click here. Let’s get started!

No dejar ni a sol ni a sombra

To not leave [someone] in the sun or in the shade

You really start to realize how important the sun is for a culture when you discover that time is divided into moments with sun and moments without it. That’s exactly what’s happening with this expresión.

Juan’s dog stays close to him all day long. He doesn’t leave his side in the sun or in the shade.

No dejar a alguien ni a sol ni a sombra means to be constantly by that person’s side. Every moment of the day fits into one of these two situations: all day long, either you’re in the sun or you’re in the shade.

This combination of words has also given rise to other names and expressions. 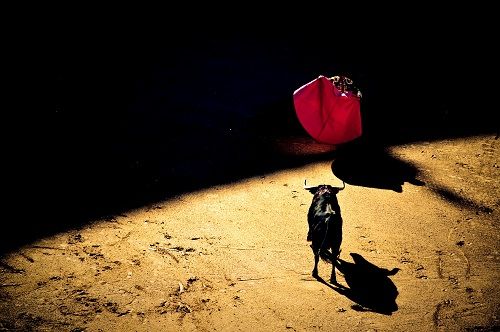 There’s a typical cocktail in Spain called sol y sombra, made with brandy and sweet anisette. If you ever go to a bullfight, you’ll see that the seats of the bullring are divided into sections depending on where the sun will be when the event begins. When you buy tickets, you’ll have to choose between seats in the sun (the cheaper option) and seats in the shade.

To stay close to the warmest sun

Have you ever seen a lizard basking in the sun? Reptiles need the sun to regulate their body temperature because they’re cold-blooded. Today’s second Spanish expression has a lot to do with this natural phenomenon.

Arrimarse al sol que más calienta means to stay close to people we can use for our own personal benefit. 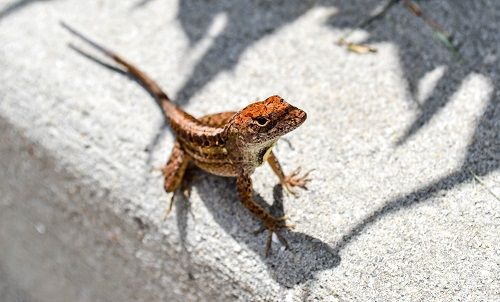 Just as the lizard uses the sun to heat its blood and stay alive, people who arrimarse al sol que más calienta suck up to powerful people in order to reap some sort of benefit. In the example above, Pablo always agrees with his boss to stay in his good favor. This way, he’s positioning himself for a promotion or maybe a raise.

We hope that reading this post has given you an extra dose of vitamin D. If you’re craving more, we encourage you to watch the following video we’ve prepared for you. Click play to learn more interesting expressions with the word sol.