All about Spanish Names, Nicknames and Last Names

One of the "tricky" questions related to Spanish culture is about Spanish names; along with all of the history and tradition involved in Spanish name culture. Imagine you’ve just arrived in Spain; now, imagine you’re introduced to someone named "Pepe García Paredes." You might think his name, based on the order it comes in, is: first name, Pepe; middle name, García; last name, Paredes. But after a week or so in Spain, you will have discovered that García is not his middle name at all, but rather part of his last name. Then you might think, "ok, his name is Pepe and his last name is García-Paredes," (one of those curious hyphenated last names). But no, after another week or so you realize that they are actually two different last names: one is García and the other, Paredes. And then, to complicate things even further, after another week in Spain, you realize that his given name is actually not Pepe, but rather José.

So what on earth is going on here? And are Spanish names really so complicated? The answer, lucky, is no. And actually, once you see what's behind it all, it will be easy to understand the Spanish name system.

Let's start with the matter of the two last names. Spaniards have two last names: the first is our father's first last name and the second is our mother's. In Spanish speaking countries, women don't lose their maiden names; they continue using them for all legal purposes even after they're married.

Does that mean Spaniards collect a bunch of different last names? No. The first last name is passed on from generation to generation but the second is lost. Take a look at a practical example: José García Paredes marries María López Garrido; they have a daughter named Rocío, whose last names would be García and López. When Rocío García López has a son with Ricardo Benítez Gomez, named Manuel, his full name is Manuel Benitez García, or Manolo to his friends.

That last example brings us to the question of Spanish nicknames and diminutives. It seems almost everyone in Spain has a nickname, or a “short for” name. The most well known nickname in Spanish is for people named José; the nickname is Pepe, which comes from the abbreviation of the old form of José: "Josepe."  Another strange case is the case of Paco, Curro and Pancho, which are all short for Francisco. When it comes to Paco the name supposedly comes from the abbreviation of "Pater Comunitatis," the title given to San Francisco de Asís, the founder of the Franciscan religious order. Curro may come from the abbreviation of Pacurro since "-urro" is a diminutive suffix that's rarely used anymore. Another diminutive that many people think is a proper name, is the legendary Lola. In reality, Lola is just a loving way to call someone named Dolores. From Dolores comes Loles and from Loles, Lola. 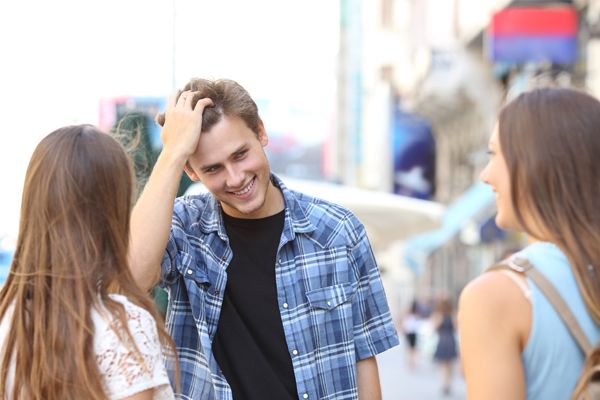 Some nicknames or diminutives are simply abbreviations of compound names in an attempt to make these solemn names a little more comfortable to use and lively. Chema, for example, is actually José María; Juancar is actually Juan Carlos; and Juanra is actually Juan Ramón. These kinds of nicknames are especially common with women's names. For example, Rosario becomes Charo; Chelo is Consuelo; Maite is for María Teresa; and María Isabel becomes Merichel.

Some of these nicknames are given for more childish reasons, or to make a very serious name sound more endearing for a child. For example, Goyo is the familiar name used for Gregorio and Chayo for the more serious name Rosario.

On the other hand, sometimes confusion can happen in reverse; and we may think a given name is actually a nickname. Take the names Paloma, Henar, Pino, Montaña and Pilar for example. These names have nothing to do with birds (paloma means dove), or a place where hay grows (henar is hayfield or meadow), or with an evergreen tree (pino means pine tree), a landform (montaña means mountain) or a structural support (pilar is pillar). They are simply names inspired by religion; namesakes to virgins and the places where they were found or they are used to tell these stories.

That may be enough for now, we wouldn't want to make things too confusing... But, we also want to tell you not to worry if Spanish names seem just a little too complicated! You can't imagine the number of Spaniards who for example, don't know that John and Jack can be the same person, or that their Russian friend called Pasha is actually named Pavel!