Are you turning green or are you very green?

Spanish speakers tend to use lots of sayings and colloquial expressions when we talk. To make matters more interesting, many of the expressions we use may not mean what you think.

For example, when we say something related to colors, the words we use often lack a clear connection with the ideas we want to communicate.

Let’s get started. Do you know what the difference is between making someone turn green and saying that someone is very green (poner verde a alguien vs. alguien está muy verde)? 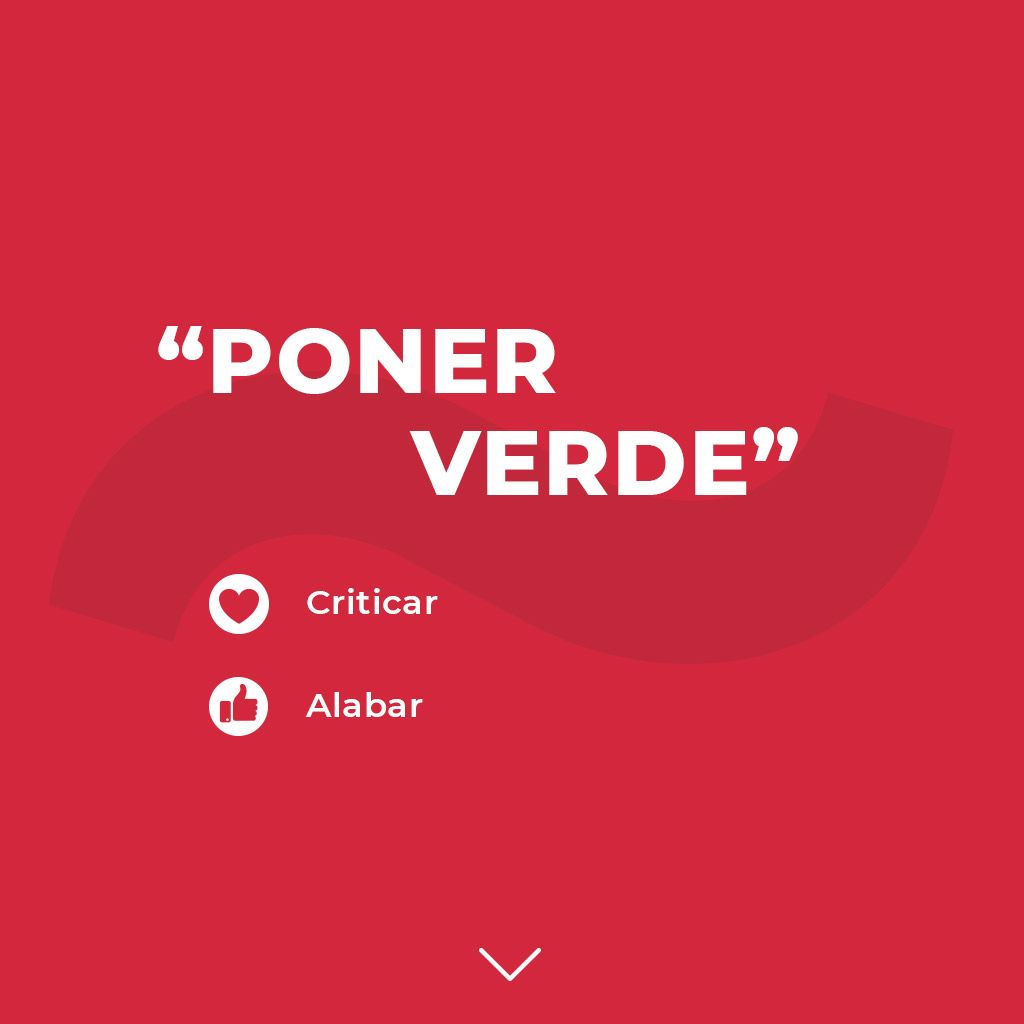 Generally speaking, we tend to associate green with things that are good, healthy, pretty, etc. Nature is full of green, and vegetables taste better the greener they are, to name just a few examples. However, oddly enough, the color also has negative connotations. Things that are green are often poisonous, such as snakes and lizards, which play nefarious roles in many stories.

In literature the color green is frequently used to indicate hope, but Federico García Lorca has also used it to symbolize death.

Since it’s difficult to know when green is good and when it’s not, we’ll give you a rundown of these two Spanish expressions so you can learn how to use them in the right context.

When we make someone turn green (ponemos verde a alguien), we’re not dressing them up in green clothes or painting them with green paint. Not even close! What we’re actually doing is criticizing the person; we’re bad-mouthing or speaking badly about them, usually when they’re not around.

The origins of this expression are unclear. The most popular explanation is that it has to do with bruises.

When someone is hit by something or someone, a bruise usually appears. The bruise is purple at first, but as the days go by, it begins to take on a greenish hue. This explains the metaphorical relationship between physically hitting someone and attacking them verbally.

So, if someone makes you turn green (si alguien te pone verde), it means they’re talking trash about you, usually behind your back.

On the other hand, saying that someone is very green (está muy verde) has nothing to do with making them turn green.

When a piece of fruit hasn’t fully ripened, it often stays green for awhile before taking on its final color. That’s why when we say that a person is still very green (está aún muy verde), it means that the person is immature or lacking experience in some area.

For example, let’s say a person starts a new job. The first few days, the person normally doesn’t know where things are, how things are done, what they have to do, etc. We would say that this person aun está muy verde.

If you want to master more Spanish expressions with colors, pay close attention to the following video and you’ll learn everything you need to know.