Half an orange or a whole orange?

There is a popular saying which claims that Spain is the orchard of Europe. Thanks to its climate conditions, this country produces a lot of fruits and vegetables throughout the year, which end up on the tables of its European neighbors. This might be the reason why there's a Spanish expression for practically every fruit.

One of them is the orange. Besides being a symbol of Valencia, it is also an essential ingredient in the Mediterranean diet. In addition, this citrus fruit is frequently mentioned in a very popular expression: ser la media naranja de alguien (being someone’s half orange). Click here to read this post in Spanish, or keep reading in English to discover the meaning of this expression.

Our "half orange" is the person who, according to oral tradition, completes us. In English, we sometimes call this person our better half. They have all the attributes we lack and, at the same time, we contribute some qualities they're missing. For this reason, you and your media naranja constitute the perfect couple, and together, you can share a happy life. Let’s have a look at an example:

(Jorge has finally found his better half. He is very excited about his new partner).

This expression finds its roots in Plato's The Symposium. In this text, the philosopher expresses Aristophanes’ thoughts on the origin of the human race. According to legend, people originally had four legs, four arms, and a head with two faces.

One day, these people dared to use their strength to go up to heaven and challenge the gods. As a punishment, Zeus decided to split each person in two and, this way, diminish their power without erasing them from the Earth. This is how every human being ended up divided into two bodies. 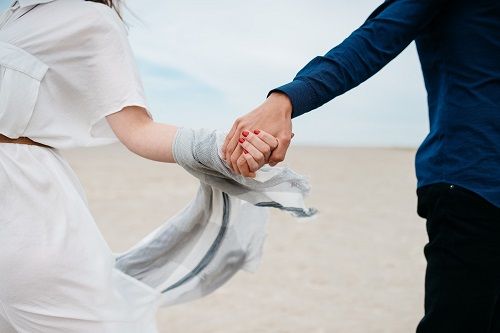 Nowadays, we use this expression in a positive way to describe the luck of finding the love of your life. However, Aristophanes’ myth did not have such a happy ending.

As the story goes, after splitting humans into two bodies, each person devoted their life to desperately find their missing half. If they were successful, the couple would rejoin in a hug that was never to be broken again. The half oranges didn't want to do anything without each other, and they died of starvation.

Now that Valentine’s Day is approaching, you might have the opportunity to practice this new Spanish expression you have just learned. Who knows, maybe you are about to find your half orange or better half. In the meantime, click on the video below to learn more expressions related to food and surprise your classmates with new vocabulary!