Mysteries at the University of Salamanca

The University of Salamanca will soon celebrate its 800th year. Eight centuries go a long way and if we keep in mind that this institution has seen periods such as the Middle Ages, the Baroque, the Spanish Empire and Romanticism, it’s only natural that numerous legends are contained within its walls. Here are just a few.

The first one, although it has to do with the university, takes place in the chapel of Santa Barbara, inside the Old Cathedral. Originally the students had their classes on the temple’s premises and this chapel served as a classroom in which to prepare and defend dissertations and doctoral theses. These days, a procedure like this would likely make your hair stand on end: the student would spend the night reviewing his books and notes in front of Bishop Lucero’s tomb in complete solitude, dimly lit by a few candles. The next morning, still in front of the bishop’s tomb, he would defend his work before the examining board. To pass the examination after a sleepless night in the sole company of a deceased dignitary must have been, at the very least, challenging. 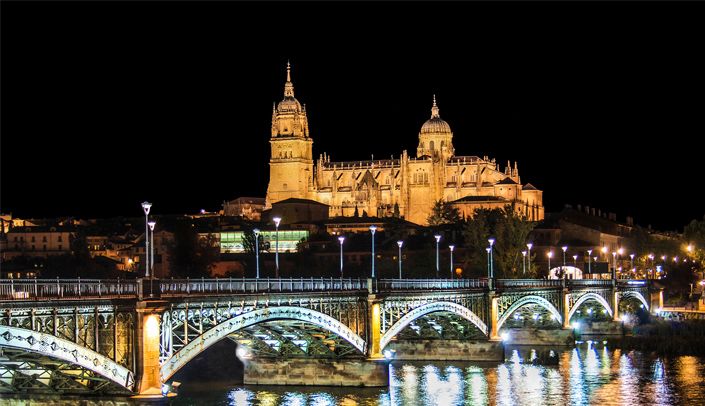 Another legendary component that has to do with the fleeting nature of life is the famous frog which, to pass all courses, must be found on one of the skulls that adorn the facade of the university. It is not known who started this legend, but it is one of many: some say that the frog is the stonemason’s signature, others that it warns students of the danger of leading a careless life, still others that it is an uneasy message telling us that the dead will rise “when frogs grow hair” (a common Spanish saying).

Let's move on from these dark and gloomy legends to a brighter, shinier one. Surely you have marveled at the beautiful architecture of the Casa de las Conchas (House of Shells), a true artistic treasure that was once the home of Rodrigo Maldonado, Professor of Law back in the sixteenth century. Well, some people say that each of the shells that decorates the facade hides a gold coin. Could this be the real reason for its recent restoration? 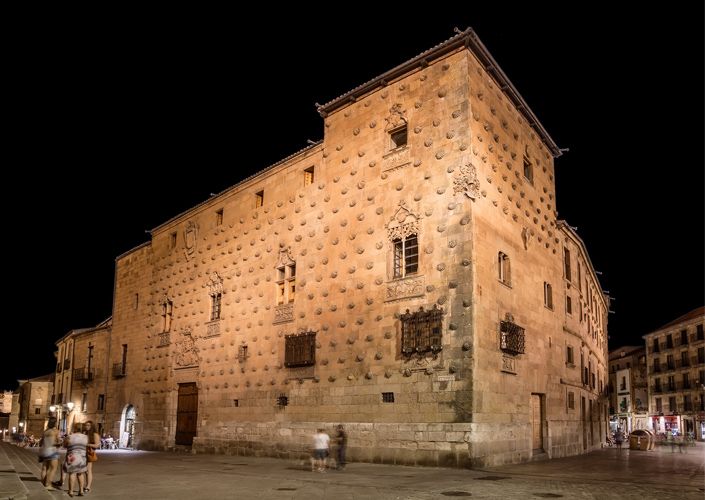 Another artistic detail full of mystery is the sky that can be seen in the Escuelas Menores (High School). It is a map of the firmament created between the fifteenth and sixteenth centuries which then occupied the ceiling of the University’s old library. These paintings were covered over when the library was renovated as a chapel. In the mid-twentieth century they were rediscovered and brought to light again in the Escuelas Menores. Imagining a multitude of wise men, researching ancient and secret knowledge under a map of the sky has its charm.

Several streets below there is a corner of Salamanca that, although it has nothing to do with the University, was a classroom ... or so they say. According to the legend, the Cueva de Salamanca (Cave of Salamanca) was used as a classroom where the devil himself taught magicians and wizards. They say the classes ended because one of the students deceived the teacher by selling him his shadow instead of his soul. But it is also said that there is no trace of a school, and what we see today are the remains of a medieval church. 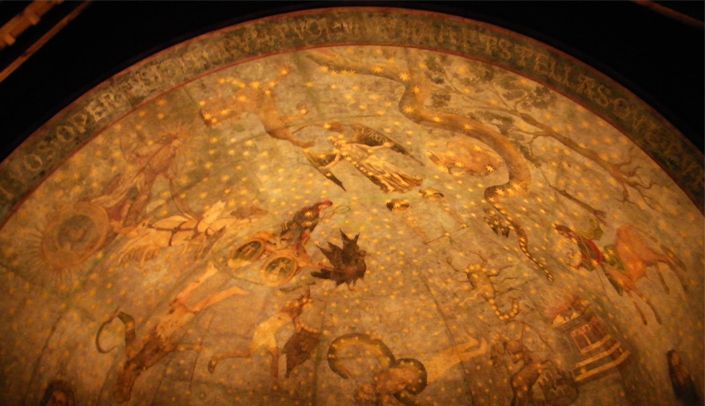 We have many more to tell and invite you to come and learn Spanish with us and discover more. We can tell you with certainty that if you walk through its streets you will not only feel the legends. You will also be tempted to create your own.