In today's post, we roll out the red carpet and put on our best outfit to talk about films in Spanish that have won an Academy Award. Set your Spanish homework aside and put your listening skills into action by watching these cultural touchstones.

Did you know that the first Hispanic Academy Award-winning director (from outside the US) earned his statue for a movie that was filmed mostly in French, not Spanish? The Spanish filmmaker Luis Buñuel had to shoot the 1972 film The Discreet Charm of the Bourgeoisie (French: Le Charme discret de la bourgeoisie) in France due to the censorship in force during the Franco dictatorship. Hence, the Spanish language had to wait until the early 80s.

Remember also that the new awards season is beginning, and with it, all the film festivals in Spain... do not miss the best premieres!

Begin the Beguine tells the moving story of a prestigious writer, winner of a Nobel Prize, who returns to Gijón (Asturias, Spain) to die in his hometown after many years of exile.

The movie won the first Oscar for a Spanish-language film in 1983 (Best Non-English Language Film), an international recognition that opened the door for Spanish to make its way into Hollywood. 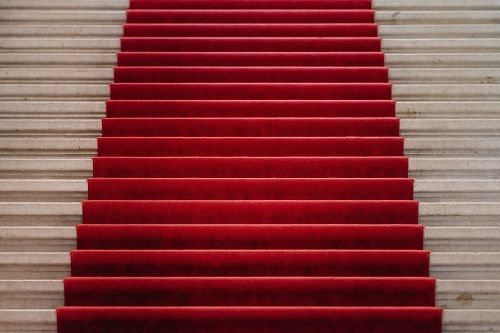 The Official Story (1985) was the first Latin American film to receive the valued statuette (Best Non-English Language Film). It is a cinematographic work that takes us to the last days of the Argentine military dictatorship (1976-1983). In the film, Puenzo depicts a country in crisis after the loss of the Falklands in 1982; a nation going through the final stage of an oppressive regime that led to the “disappearance” of thousands of people.

The plot takes place between the house of Alicia, Roberto, and Gabi (the main characters of this story) and the high school where Alicia teaches Argentine History classes. In this way, the home is linked to the family atmosphere of the time, while the educational center represents the Argentine sociopolitical sphere.

Although Belle Époque was canceled three times due to lack of budget, the film was finally shot in Portugal to reduce costs. The movie won the Oscar for Best Non-English Language Film in 1993.

According to Trueba himself, Belle Époque represents a "bright and cheerful vision of Spain," “something we were not used to in 1992." It tells the story of a young man named Fernando who arrives in a small Spanish town in 1930, just before the proclamation of the Second Spanish Republic. After deciding to  leave the army during the Jaca uprising, the handsome soldier is taken in by a widowed artist who has four daughters with very different personalities.

All About My Mother tells the story of Manuela, a mother who, after losing her son the day he turned 17, returns to Barcelona to find the boy's father. During the trip, we enjoy a tragicomedy in the purest style of the Spanish director, suffering the pain along with Manuela.

In the end, Almodóvar received the Oscar (Best Non-English-Speaking Film) from his muse Penelope Cruz, an iconic moment that went down in Spanish film history.

Four years later, Almodóvar won the Academy Award again, but this time on a larger scale. For the first and only time in history, a Hispanic film won an Oscar under one of the main categories: Best Original Screenplay. The director also broke his own mold with this film by shooting with two male characters, in defiance of those who said that he was only able to direct women. 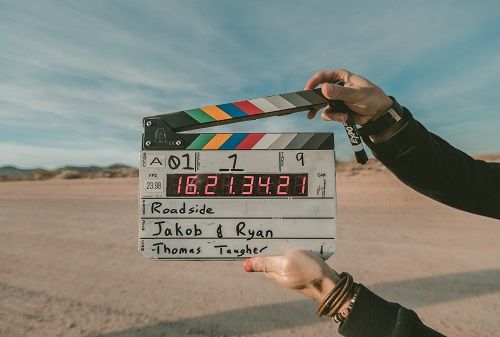 Talk to her tells the story of two men who fight against loneliness as they care for the women they love: both are in a coma. Benigno is a nurse who has fallen in love with a dancer who is in a coma after an accident. In the meantime, Marcos looks after his girlfriend, who undergoes the same situation after being gored while bullfighting.

This movie put on the table the debate on the use of euthanasia and assisted suicide for people with irreversible or terminal illnesses. The Sea Inside tells the real story of Ramón Sampedro, who, after a tragic dive into the sea, remains bedridden for the rest of his life. After three decades in these conditions, claiming his right to die, he succeeds with the assistance of his lawyer and a close friend and neighbor.

Benjamín Espósito is an official who used to work at a Criminal Court in Buenos Aires and has just retired. He is obsessed with a crime he witnessed 25 years ago and decides to write a novel about the murder. During the creation process, he also recalls a past and not forgotten love.

This is a thriller with a captivating plot and high technical quality. The Secret In Their Eyes won the Oscar for Best Non-English Language Film in 2010, the second Academy Award for Argentina’s film industry.

A fantastic woman was the second cinematographic work to receive the golden statuette in the history of Chilean cinema, after the animated short film Historia de un oso (2014). It won the Oscar in 2018 in the category of Best Non-English Language Film.

The plot focuses on Marina (a young waitress who wants to be a singer) and her partner, Orlando, twenty years older than her. One day, Marina has to take Orlando to the emergency room, where he dies in her arms. Then, she must face the rejection of Orlando’s social circle due to her transgender identity.

To sum up, Spanish language movies have plenty of reasons to be proud. From Luis Buñuel to Pedro Almodóvar, Spanish speakers started winning the hearts and earning the praise of Hollywood film critics and audiences in the second half of the 20th century and have been reaping success ever since. This year it’s Almodóvar’s turn again…we wish him all the best with his film Pain and Glory (2019), which has been selected by the Spanish Academy as its submission for the international feature film Academy Award.

If you want to learn more about Spanish and film, we encourage you watch this video with some of the funniest Spanish translations of classic movie titles.