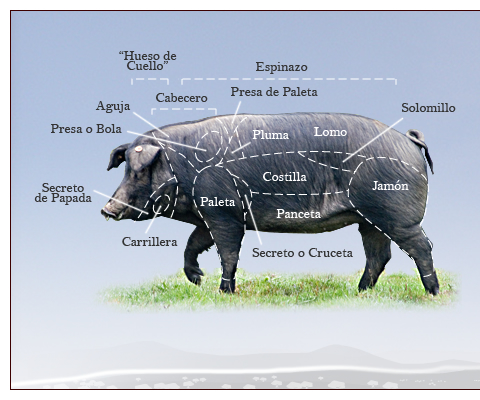 Spanish Ham is not "ham" as an American would normally understand the word. And it is definitely not like Italian prosciutto. So, the English language is kind of limited when it comes to pork products and the only word we have to describe this Spanish delicacy just doesn't really explain it or do it justice.

So before continuing, let’s take a look at the two types of products that Spaniards consider to be "jamón" (which again, is simply translated as "ham")

Due to rigorous US laws, it has been quite a challenge for Spaniards to get their world famous product into the American market. In 2006, the first Spanish Ham exporter, Fermín, finally achieved this endeavor. Fermín is located in La Alberca in the province of Salamanca and prides itself on having penetrated the US market.

In fact, according to Cristina García, an employee of Fermín based in the USA and the only official Spanish ham cutter in the country, Americans have a lot to learn about this Spanish food. 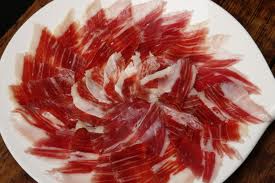 For those of you who doubt the exquisiteness of this Spanish food, let me just tell you that Fermín Iberian ham was included in this year’s menu for the Oscars. To give you an idea of how exclusive it is in the US, every portion served at the Oscars cost $600!!!!!

So now you can find Spanish ham in the USA, albeit it is still hard to find and costly. You can always come to Spain to study Spanish to more easily access the Spanish delicacy. Remember the tips I gave you as you wouldn't want to offend people!