The US writer and activist Rita Mae Brown said that “Language is the road map of a culture. It tells you where its people come from and where they are going.” Today, at don Quijote, we take advantage of this quote to share and celebrate the importance of the Spanish language and its presence in countries around the world.

Surely you already know that Spanish is the second most spoken language by native speakers, mainly because of the expansion of the Spanish Empire that began in the Golden Age. In the territories of the empire, the language of administration and commerce was Spanish. Consequently, the language gained importance and, with the passing of time, it was established as an official language in many countries of Latin America.

However, this was not the only reason for Spanish to travel all over the planet, the migratory movements that took place in the 20th century caused the tongue of Cervantes to move to remote places where we find important communities of speakers nowadays. 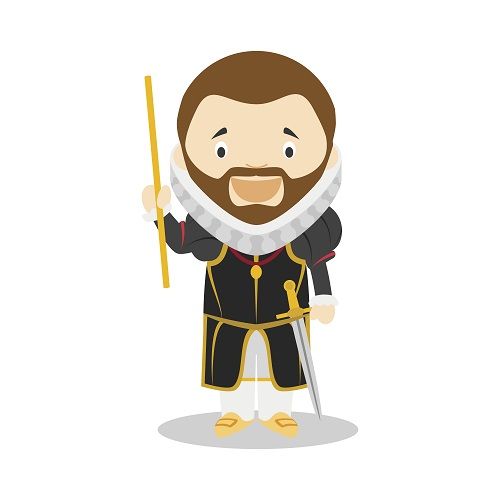 Spanish arrived in Algeria in 1492, when Spain was declared a Catholic nation and the Spanish speaking Muslims who rejected conversion were expelled out of its borders. Thousands of them moved to Algeria. Moreover, at the end of the Spanish Civil War, many Republicans had to take up exile and went to Algeria too.  Thanks to these factors, we can find more than two hundred thousand of Spanish speakers in the city of Oran now.

Aruba is a small island in the Caribbean Sea and a constituent country of the Kingdom of the Netherlands. The official languages are Dutch and Papiamento, but Spanish is also spoken by 80% of the population. Spain controlled the island before the Dutch took control of it, but the language has also gained importance in the recent years because of the immigrants coming from Colombia and Venezuela. Moreover, the economic ties with Venezuela have forced many people to learn Spanish as a second language.

Although the official language of Belize is English since it was a British colony, the country also belonged to Spain in previous centuries. Hence, Spanish is spoken as a mother tongue by almost 50% of the population, mainly focused on the northern towns of Corozal and San Pedro.

The Philippines is a country located in the Southeast of Asia which was a Spanish colony for more than three centuries, being Spanish the official language during that period. But when the United States invaded the Philippines at the end of the 19th century, the English language was imposed and the use of Spanish forbidden. Consequently, much of the Spanish language disappeared, and the newer generations speak mainly English and Tagalog (a mixture of English, Spanish and native languages). However, the Spanish language has resisted, and we can still find a community of more than 2 million speakers in these remote islands.

Equatorial Guinea is a country located in Central Africa, but what few people know is that one of its official languages is Spanish. In 1778, Spaniards gained control over Equatorial Guinea by means of the Treaty of El Pardo. The treaty meant an agreement between the Spanish Empire and the Kingdom of Portugal, an agreement in which both powers distributed the borders of their colonies and exchanged some territories in South America and Africa. Nowadays, Spanish is spoken by almost 90% of its population.

We hope you find this information interesting and, above all, that it helps you realize that Spanish can open a whole world of opportunities. If you find the topic interesting, we encourage you to watch the video “Lugares remotos donde se habla español” and tell us which country has surprised you the most.