5 Spanish Female Writers Who Had to Adopt Pen Names

"Why should they not add a supplement to History, giving it, for example, a very discreet name so that women could figure in it without impropriety?" Virginia Woolf, A Room of One's Own

This quote by the famous British writer Virginia Woolf (1882-1941) criticizes the lack of visibility suffered by women writers. The phrase is an excerpt from the essay work entitled A Room of One's Own, in which Woolf reflects on the fact that women have never been able to enjoy an own space that would allow them to participate in public, political, and social life; thus women had been forced to play a single role in life: the care of the home and the family. But were there women who exercised other roles in the shadow?

"For most of history, Anonymous was a woman." Virginia Woolf

When we say that a literary work is anonymous, we mean that there is no accurate information about its authorship. Many of the great works of the Spanish literature are anonymous, such as El Lazarillo de Tormes or El Cantar del Mío Cid. Similarly, we can find great examples in foreign literature, such as The Thousand and One Nights or The Saga of Erik the Red.

Although today it is impossible to know who is behind the authorship of these great masterpieces —saying that they were all written by women would be too reckless, but some of them surely were— we have enough data to determine the impact generated by women writers who decided to sign their works under a pseudonym in order to have more credibility and visibility. Data that, on a day like today, March 8, 2020, International Women's Day, we want to share with all of you.

Continue reading if you want to know the story behind these 5 Spanish female writers who used a pseudonym to publicize their literary work. If you prefer to do it in Spanish, click here. 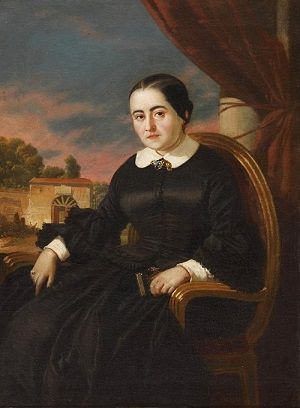 Cecilia Böhl de Faber and Larrea was a Spanish woman writer who, in order make a space for herself in a men’s wolrd, signed her works under the pseudonym of Fernán Caballero. Remember that we are talking about the Spain of the nineteenth century, a Spain where it was very complicated to be a woman with aspirations beyond getting married and forming a family.

It is curious that, in some way, it was his father who gave her the idea, when what he really intended was to dissuade her from her desire to be a writer. Apparently, he told her not to waste her time on such matters, as they were reserved for the male gender since women were not prepared nor skilled on an intellectual level.

However, it seems that Cecilia was really determined, and, hidden behind the male privilege provided by the pseudonym, she managed to fulfill her dreams, becoming one of the first Spanish female writers. She died in the city of Seville in 1877. 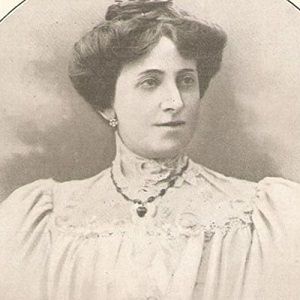 Matilde Cherner was a great Spanish female writer, although she also stood out in the area of ​​journalism. She was born in the city of Salamanca in the year 1833, and, under the pseudonym Rafael Luna, published her first narrative works —Novelas  que parecen dramas (1877), Las tres leyes (1878), Ocaso y aurora * (1878), and María Magdalena: estudio social (1880)— as well as a large number of critical reviews.

In addition, she wrote some theatrical works signed with her real name —Don Carlos de Austria and La Cruz— which, according to the writer, were rejected to stage El haz de leña (by Núñez de Arce) and Don Rodrigo (by Laserna) instead. In fact, these works dealt with topics and issues very similar to those included by Matilde Cherner in hers. She also wrote several reviews, such as Juicio crítico sobre las novelas ejemplares de Cervantes, and collaborated in La Ilustración de la Mujer —a Madrid magazine of the time that was one of the first adopting feminist perspectives—and in the Ilustración Republicana Federal. She did not hesitate to write about controversial issues such as women's education, prostitution or access to power.

Matilde Cherner has been described as a woman of clear progressive ideas and strong political convictions, and also as a convinced federal Republican. She died in Madrid in 1880 because of an aneurysm, according to different sources.

*It was a work thought to be a serial for the press. It deals with issues such as monarchy and patriotism, ocusing on the impact that historical events generate on the personal lives of the protagonists, especially women. With this novel, Matilde recovers her real name, eliminating the male pseudonym. Somehow, this fact led the writer to rescue her intellectual identity: Republican woman, progressive ideas and marked freedom of thought. 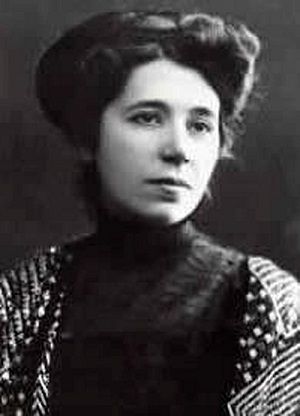 María Lejárraga was a female novelist, essayist, translator and Spanish playwright. She was born in the late nineteenth century in a Riojan town called San Millán de la Cogolla, and, hidden behind the name of her husband —Gregorio Martínez Serra— became a brilliant writer, a great reference of the so-called Silver Age of the Spanish literature - period that covers from 1900 until the end of the Spanish Civil War. She died in exile in the city of Buenos Aires in 1974.

However, in these times when it seems that we are surpassing the canons established in times past, the figure of María Lejárraga has returned to stay. Today, it is well known, that, the works for which her husband took all the credit —such as the adaptations to theater of El sombrero de tres picos and El amor brujo, by Manuel de Falla— were actually written by María de la O Lejárraga. The recovery of her real identity on the covers of her literary works, returns her the recognition that she should never have lost. 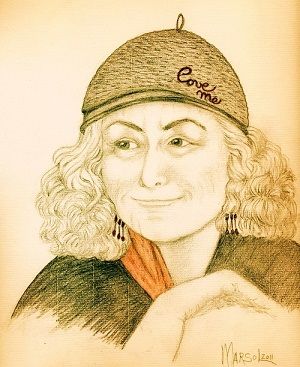 Carmen Martín Gaite was born in Salamanca in 1925. She graduated in Philosophy and Letters and, when she was only 25, she moved to Madrid to do her PHD. Carmen Martín Gaite belongs to the group of Spanish female writers who stood out in the so-called “first postwar period in literature”, along with other pioneers such as Ana María Matute, Carmen Laforet, Elena Soriano and Josefina Aldecoa.

She established herself as a famous writer with the novel entitled El balneario, which was first published in 1957 despite having received the Café Gijón Award three years before. Entre visillos is one of her most popular books. It is an exciting story about youngsters who lived in a small city similar to Salamanca. She won the Nadal Prize thanks to this novel under the pseudonym Sofía Veloso —the name of her grandmother. The reason why she did not use her real name was that her husband - the famous writer Rafael Sánchez Ferlosio— was also in the prize’s short list of that same year.

Carmen Martín Gaite has been one of the best Spanish female writers of all time, coming to reject an armchair at the RAE —Royal Academy of the Spanish Language. She won numerous awards and continue writing until her death in Madrid in 2000. 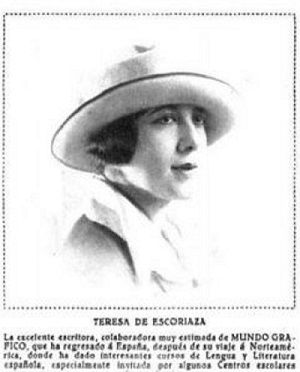 Teresa de Escoriaza y Zabalza was born in San Sebastián on December 7, 1891. She was a great Spanish journalist and writer who, in order to gain visibility, wrote under the male pseudonym Felix de Haro.

Teresa de Escoriaza and Zabala stood out above all as a correspondent during the Rif War, but also collaborated with various publications such as La Libertad, Mundo Gráfico or El Eco de Galicia. In addition, it is said that it was she who gave the first feminist speech in the history of the Spanish radio. She also wrote a large number of war chronicles such as Del dolor de la guerra (chronicles of the campaign of Morocco) or El cresol de las razas.

She lived a long time in the United States, where she moved before the Spanish Civil War and worked as a Spanish teacher. He decided to return to Spain a few years before she died in 1968.

At don Quijote, we hope you enjoyed today's article and we also take the opportunity to wish you a happy International Women's Day.