Christmas is magical in every home, and in Latin America even more so. Here, old traditions are united with more brought from Spain, all often celebrated by the warming light of a summer’s sun. All of this makes for a fascinating, curious and very colorful celebration. Would you like to know more?

First, we’ll stop in Mexico where Christmas begins on the 16th of December and its posadas- popular festivities that remember Mary and Joseph’s pilgrimage from Nazareth to Bethlehem to await the birth of their son. And the Pastorelas, theatrical displays which celebrate the shepherds’ hardships on their journey to visit the Baby Jesus. But we’ll leave the hardships aside and move on to the joyful piñatas. Mexican piñatas are special: shaped like a seven-pointed star, one for each of the capital sins and, when they are finally broken, the shower of sweets that rains down represents the reward for having resisted those temptations. 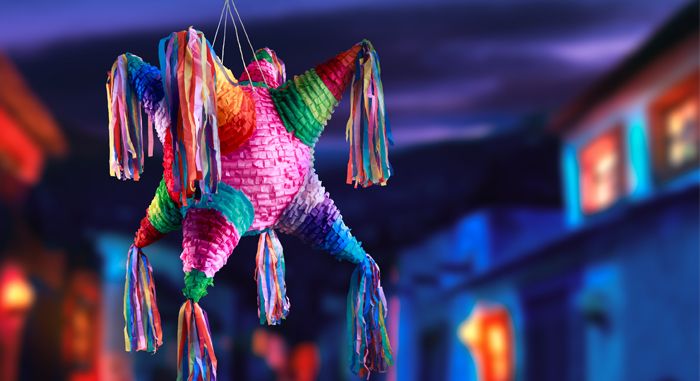 And now to Ecuador. Here there are beautiful versions of the famous Nativity Scene, representations of the birth of Jesus, where it is tradition to cover the figure of the infant Jesus until the day of his birth, on Christmas Eve. By the way, in Ecuador the little ones write a letter to Christ, at least one month before Christmas, in which they ask for gifts for having behaved well. The most colorful celebration takes place during New Year's Eve: dolls are displayed on house doors, each one a testament to things left behind in the year. At midnight, these dolls are burned to ward off any harm that may come in the following year.

In Costa Rica an impressive celebration called Tope takes place. Riders and their horses from all over the valley of San Jose, bands, even clowns and dancers take part. Another typical Christmas celebration in Costa Rica also has a humanitarian element: it is the traditional illumination of the Hospital de los Niños, a beautiful, spectacular and very emotional act. The joy continues in the Festival de Luz, a nocturnal parade in which bands play and spangling floats fill the streets with wonderful images. 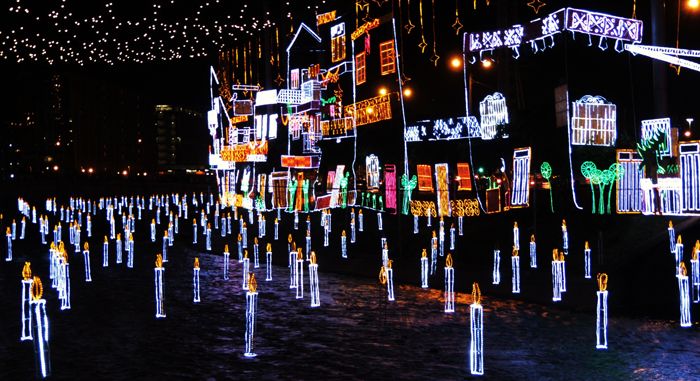 A festival of light is also a fundamental element in one of Colombia's most endearing celebrations. On December 7, the Catholic’s eve of the Immaculate Conception, thousands of Colombians offer lit candles on the streets; its purpose? To guide the Virgin in her path. Equally moving is the celebration of the Novena de Aguinaldos, in which, around a manger, children and adults sing Christmas carols during the 9 days, while exchanging typical sweets and desserts.

One of the most curious Christmas traditions of Peru takes place in the town of San Pablo, between Cuzco and Pruno: the Race of the Magi. In it the kings, who are not named "Melchor", "Gaspar" or "Baltasar" but Inkarri, Mistirri and Negrorri, compete for the town’s fortune the following year. If Inkarri wins, it will be a good harvest year in the valleys of Cuzco; if Mistirri wins, the lucky region will be the altiplano with its cattle; if it’s Negrorri, there will be shortages in all the regions, but fortune will come in the form of money. 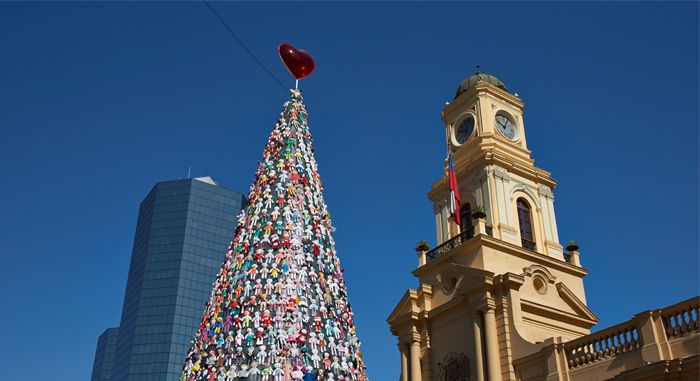 In Chile, the most characteristic and fascinating part of Christmas also has its roots in nature. Being in the southern hemisphere, December is summertime, so you can celebrate the arrival of el Viejo Pascuero (that's how they call Santa) on the beach with a cold glass of cola de mono, a traditional Christmas cocktail, a warming mix of brandy, milk, coffee, sugar, cinnamon and vanilla.

Another country that celebrates Christmas in a summer atmosphere is Argentina. It is curious and delightful to see the streets, with the sun shining down, decorated in typical winter elements. And savoring the Argentinian grill a la canasta will make most anyone’s mouth water.

With this we conclude our stroll through Christmas in some of the places in Latin America. There are many more countries to visit, many more Christmas customs... and we invite you to discover them.

And of course… MERRY CHRISTMAS TO ALL!